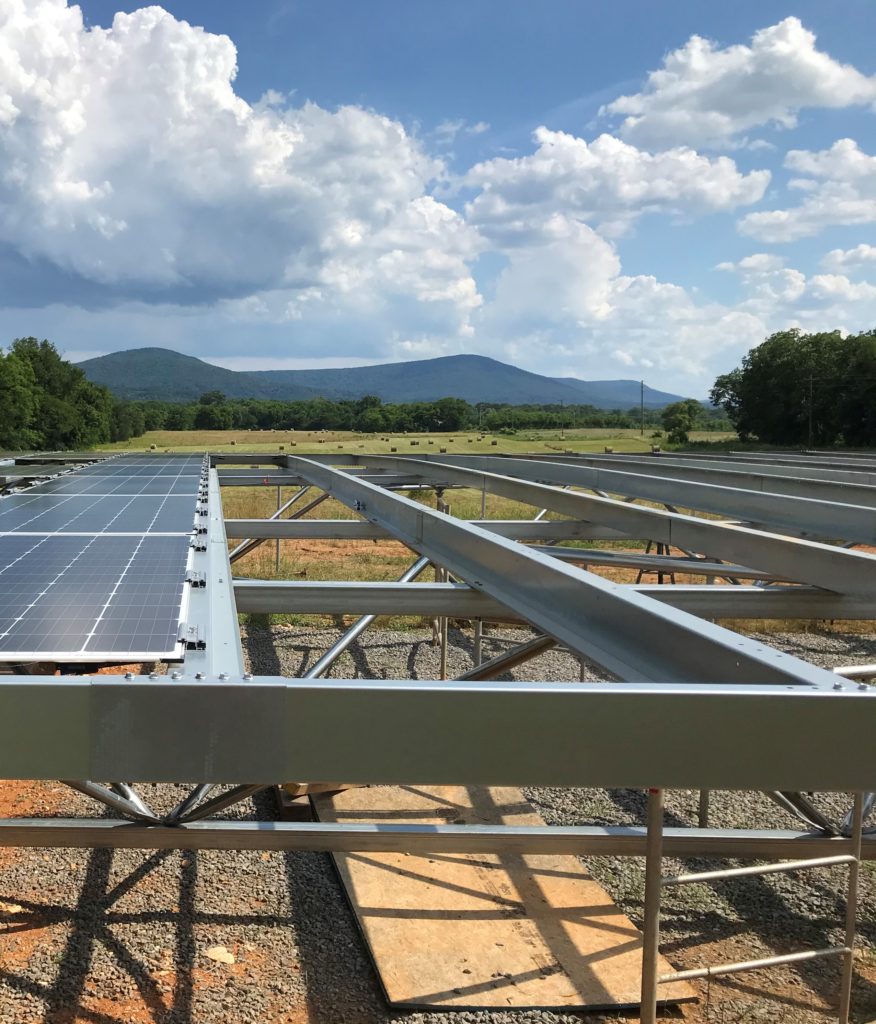 Technological advancements for solar panels over the last twenty years have driven higher system efficiency and outputs, making solar energy a viable source of power with a shorter than ever payback. Though solar panels increased in efficiency and output, panel size was kept relatively the same with most manufacturers standardizing around 72 cell modules with 120mm wafers for commercial projects. This led to fairly consistent panel dimensions of roughly 1 meter by 2 meter and weights between 45-50 lbs.

As of late, manufacturers have begun to explore new ways to reduce project cost: increasing the number of cells in a panel, utilizing half cells, and starting to engineer panels with different cell sizes, which is increasing overall panel dimensions and weights. Rather than increasing efficiency and/or density, the change to larger panels is a means to reduce BOS (balance of system) costs for construction. Larger panels mean less panels per project, fewer touch points, and less wiring per watt, which should in theory reduce the balance of systems costs.  In many cases, manufacturers are now increasing panel sizes by approximately 30 cm in both directions. This may not seem like much, but it increases the surface area of the panel by almost a full square meter. Consequently, the weight of the panels will increase by at least the same ratio, yielding a weight of 67 to 75 lbs.

At Quest Renewables, one of our key attributes is the ability to reduce BOS (balance of system) costs through a unique installation process. Our canopy systems are designed for a construction methodology that instructs builders to attach panels on the ground and then lift the completed system. This gives our technology an edge and will be a bigger advantage than ever before given the new hurdles commercial developers might experience. Handling these newer, heavier panels on a scissor lift at height will not be as efficient and may not be safe. In many cases, the new panels will require a two-person lift per OSHA regulations due to the panel changes.

Over the next few years, we can expect more variation in panel size between manufacturers until design standardizes again. If you would like to learn more about coming advancements in solar panels and how Quest’s construction methodology will deliver even greater installation efficiency, reach out to us today at 404-536-5787 or sales@questrenewables.com.